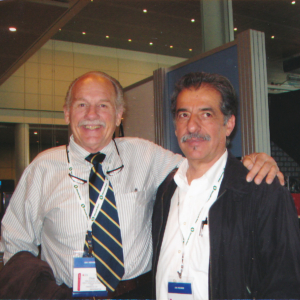 My idea of planning is to anticipate what all will be required to achieve a particular outcome – like what gear and how much food will, or might, be required for a weekend camping trip. Or what all will, or might, be needed to travel to Mars and back.  Planning without the expectation of a successfully achieved goal just doesn’t register with me.  It’s not unlike the euphemism of kicking the can down the road. Of course, there is always the possibility that I just don’t get it.

In architecture school at USC I got an F in planning.  The final exam included an essay on developing the land west of the campus.  The area was a low income but quasi pleasant neighborhood of Craftsman-Style houses and Camphor street trees.  I could not support demolishing an existing decent neighborhood and replacing it with the schlock development that was all but inevitable.  Without realizing it this was the beginning of my stance against suburban development and population growth.  With an accompanying D in design, my scholarship was suspended so I transferred to Cal and soon found myself repeating planning in Denise Scott Brown’s class. The class was so nonsensical as to be incredulous. A fellow student and good friend, Oscar Palacios, and I thought that if we met with Denise and explained to her how hopelessly far apart our values and world views were, she might agree to allow us to undergo some more palatable punishment and let us out of her class. The answer was no.  Oscar dropped out of architecture school rather than continue the madness (he is now a practicing architect in New Mexico).  I persevered, went through the motions, received a B in the class, and have resented Denise and the planning profession ever since.

Planning was probably in its heyday a hundred or a thousand years ago.  It seems to me we are now pretty well planned out.  What we need now is some thoughtful de-planning. Perhaps we could solve the equation of how many people would result in the highest quality of life for man and beast alike.  The Sonoma County Planning Commission could remove rules and regulations restricting fireplaces, water usage, and zoning rules.  Public works projects could work on removing and simplifying our infrastructure. Instead of drawing plans of different zoning districts and regulating the size limits of guest houses planners could establish population limits and let the world pretty much take its natural course.  An illustrative example of what’s wrong with our typical approach to planning is not unlike The Department of Fish and Game’s management of wildlife (i.e. wildlife planning).  We foul up rivers to the point that fish can no longer maintain their natural existence, so we build fish hatcheries and artificially prolong survival. The thinking here is all wrong.  The fish don’t need our help, the river does.  If we don’t screw up the river (and ocean) and overpressure the fish they will do fine. The river doesn’t need artificial habitat it needs natural habitat – an ecosystem free of excessive population and its disregard for the river and its surroundings.

So what about planning?  Stop myopic planning year to year and devise a big plan or at least a plan that is viable for the next 10,000 years or so.  A plan that allows nature to continue her work free from the indignant pokes and inept management of man. Some planning efforts are commendable, but the planner’s list of dos and don’ts can’t help but appear arbitrary and out of date even before the ink dries.  The world is more complex than their rules can reasonably address – it’s moving too fast, and there are new and insightful proposals well beyond the capability of the average bureaucrat to grasp.  Regulatory response to the physical world has given way to looks, fads, and rules of thumb.  This is not improving the quality of lives in any meaningful way; it’s just kicking the can down the freeway.